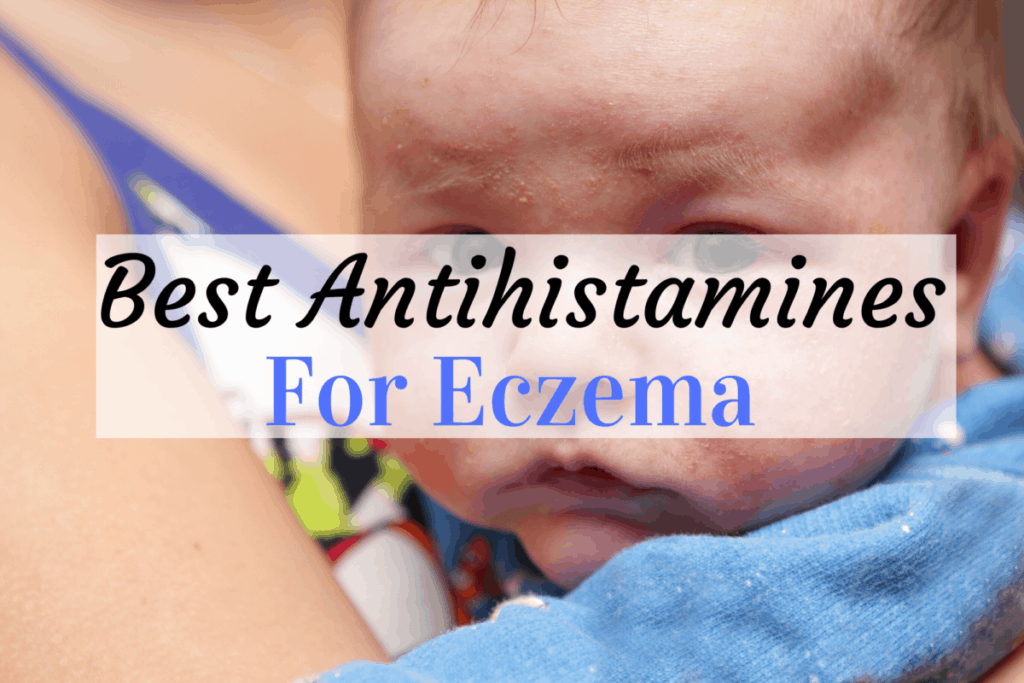 How do antihistamines help relieve itching in eczema?

If you have eczema, your doctor may prescribe you medications that are classified as antihistamines. These are medicines that can help control itching due to eczema. [1] Severe itch caused by eczema often interferes with the quality of life. But why does this itch occur? Medical research shows that itch occurs as a result of increased levels of histamine in the dermis of the skin. Itch is usually associated with redness and dryness of the skin. [2]

Antihistamines block the release of histamine in the dermis of the skin. [2,3] This controls histamine levels in the body, and subsequently the itching in eczema. Some examples of antihistamines include hydroxyzine and cetirizine. [2,4]

Which antihistamine works best for eczema?

There are a number of antihistamines available in the market, but which one works the best for eczema?

Hydroxyzine is an oral antihistamine that is recommended for those who have difficulty sleeping due to itching. It has sedative effects.  [4]

Cetirizine is another antihistamine that is taken orally. [5] Drowsiness is also a side effect of cetirizine. This is commonly known as Zyrtec.

Diphenhydramine is a commonly used antihistamine medicine but it is not fully recommended for eczema because of its lack of studies and proven benefits for eczema patients. [1] This is commonly known as Benadryl.

How do antihistamines help with eczema?

Antihistamines primarily block the production and action of histamine in eczema. This helps control the itching sensation and thus is helpful for eczema and other itchy skin conditions. [6]

What are the benefits of using antihistamine for eczema?

The following are the benefits of using antihistamines for eczema:

What are the side effects of antihistamine treatment for eczema?

Chlorpheniramine and hydroxyzine can impair the driving ability of adults as well as the learning ability of children because they stay longer in the body. [9]

Are there precautions we should take for taking antihistamines for eczema?

Antihistamines generally cause drowsiness and sedation. Hence, it is recommended to take them at bedtime. [10]

It is also advised to consult with your doctor before you start on any antihistamine.  [1]

Are there natural antihistamines for eczema?

There are fruits and vegetables you can include in your diet that contain a natural anti-allergic, antihistaminic and anti-inflammatory phytochemical called quercetin. [11] Quercetin can be found including broccoli, grapes, berry crops, apples (fruits), tea, and wine.

If you are looking for alternatives to pharmaceutical anti-histaimnes, you may consider quercetin as a dietary supplement. It is available over-the-counter.

If you are interested in alternative treatment options for eczema, acupuncture is also another alternative medical therapy to try which can be effective in reducing the intensity of itch associated with eczema. [12]

I hope this article helps you find the best antihistamine for eczema. Remember, antihistamines can help alleviate the itchiness, but will not fix the cause of eczema. As you can see, cetirizine (AKA zyrtec) and hydroxyzine are probably the antihistamine that is prescribed by many physicians. Benadryl is commonly prescribed as well, but it might not be the best for eczema, at least based on a current literature search. As always, it is best to discuss with your physician before giving your child antihistamines.

Click here to read about natural ways to deal with eczema